We have published our preparedness statement concerning the Coronavirus (COVID-19).

There are an estimated 11 million people in the UK who are Deaf or hard of hearing.

Every country has its own sign language. Here in the UK most people use British Sign Language (BSL) which is not simply the English language with hand signs, it has its own grammar and sentence construction. So, whist we would say “what is your name?” in BSL it would be signed “Your name, what?”

Deafness is the third most common disability in the world. Most deaf people don’t view their deafness as a disability or as a problem that should be fixed. For many of them, it’s a natural part of their everyday lives that they share with friends, both deaf and not. But, even the best lip-readers only catch less than half of the words; natural facial expressions and hand gestures can really help pick up what someone is trying to say.

Here are some basic BSL greetings and the alphabet: 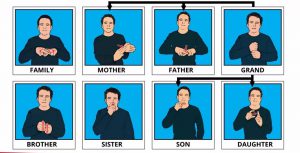 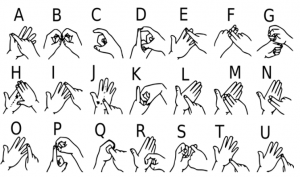