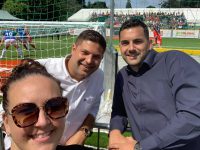 Have you heard about the Homeless World Cup taking place in Cardiff next week?

Homelessness has become a more pressing concern than ever before, with an estimated 100 million homeless people around the world. The issue is now in the media spotlight and the forefront of our minds as a global concern. The rising problem of homelessness certainly hasn’t gone unnoticed in Wales too. The Welsh Government National Rough Sleeper Count highlighted that a staggering 158 people were sleeping rough in a single night in November 2018, which is a huge 16% increase on figures from the previous year. The sad issue of homelessness has now reached crisis point here and around the globe, bringing it to the attention of well-known household names like Welsh actor and activist Michael Sheen, who campaigned to hold the Homeless World Cup in Cardiff this year to make a positive difference and a local impact.

What is the Homeless World Cup?

The Homeless World Cup is a unique and inspirational tournament that draws together people affected by homelessness and social marginalisation from around the world. The first tournament took place in Graz in 2003. Since then, it has grown yearly, becoming a pioneering network and highly anticipated annual event. It is a now week-long festival of football that takes place in a purpose-built stadium in a host city – this year, our home city of Cardiff! The event will be delivered by the Homeless World Cup Foundation in conjunction with Cardiff City Council, Cardiff University, Cardiff City FC 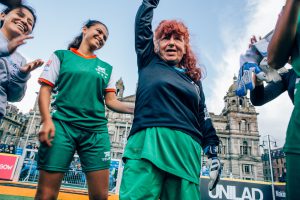 With more than 500 players coming from 51 different countries around the world in men’s/mixed and women’s teams, players proudly represent their nations while playing football in front of crowds of more than 80,000 supporters. Millions more will be watching online around the globe through social media (Facebook/ Twitter/ Instagram) and YouTube.

How does it help the homeless?

Not only does this tournament promote better physical health and improved self-esteem among the homeless community, but it also enables those affected by homelessness to be involved in something positive and something that feels bigger than just themselves. Through playing football, participants can build relationships and become teammates who learn to share and trust again, while also accessing structure and support which gives them a focus and empowers them to make positive changes in their lives. The life-changing Homeless World Cup Foundation has already impacted the lives of 1 million homeless people, while also challenging the public’s perception of homelessness. It has been breaking down stereotypes, changing the way we think about the issues surrounding homelessness and raising awareness of this growing problem in society. Here at New Directions, we think it is a fantastic charity and event that deserves support and recognition. 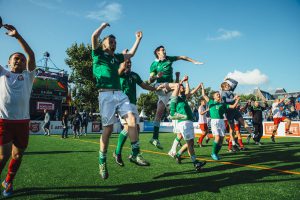 Working alongside numerous homeless shelters, hostels and organisations, the New Directions Social Care team is passionate about making a positive difference to combat homelessness in our local communities. Therefore, we are thrilled that the 17th edition of the Homeless World Cup will be taking place in Cardiff’s iconic Bute Park in the heart of our capital city, from July 27 – August 3. This exciting free event will be a week of energetic street football tournaments, taking place alongside world-class music and spoken word acts, family-friendly activities and tasty street food, where everybody is welcome.

We are very excited to see the teams arriving in Cardiff for this inspiring tournament and you too can get involved and make a difference by spreading the word, donating money, raising vital funds, offering company partnerships or attending the tournament to show your support. We hope to see you there – this event is not to be missed!