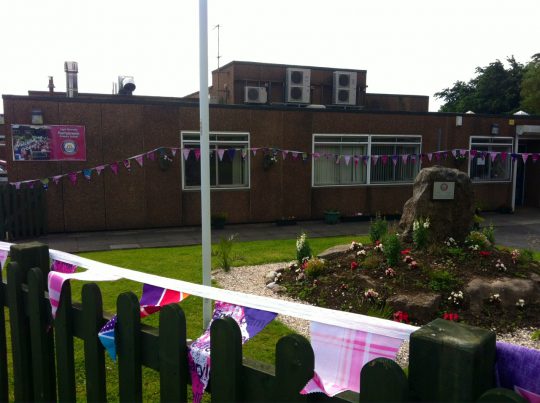 On Thursday 4th July 2013 Pontybrenin Primary School held their annual Summer Fete. The fete was held in and around a marque with bunting decorating the entire school. The event was organised by the school’s PTA and all proceeds went to the school. During the event the Local Bobby delivered ‘Stranger Danger’ awareness activities for the children and the local ASDA Manager donated a giant teddy bear as a raffle prize. Starbucks set up a stall to serve coffee and there were a variety of crafts stalls. The school had a giant Bouncy Castle and New Directions Education provided an Inflatable Penalty Shoot Out free of charge which the children thoroughly enjoyed and voted as the best item. Feedback from the PTA was that the Fete and glorious weather were enjoyed by all and deemed a success.

Pupils Budding Attempts to Grow a Garden of Sustainability